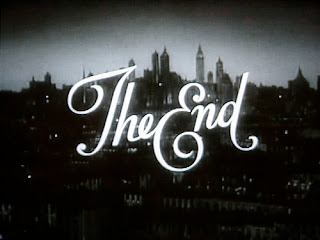 As an aspiring writer, I absorb as much advice about writing from other writers and editors as I can. It's interesting to get all of the different perspectives, and all too often I find myself laughing and nodding understandingly in response to their anecdotes.

It helps me affirm that I am, in fact, a writer. Yes, I need this affirmation often. Regardless of how many times I actually come to this conclusion, I still sometimes have my doubts.

When I say finished, what I actually mean is that it is written from start to finish. All of the gaping holes between floating scenes have been filled in. It is a long way from being done. The sheer amount of rewriting it needs makes me wonder if I can even call it a first draft.

Don't get me wrong, I am elated. There was shrieking and laughing and a little bit of fist pumping when I finished that last connecting scene. I finished writing my first full length novel!

But it is what Chuck Wendig calls a Zero Draft. A hot mess written under the pressure of NaNoWriMo (in this case, Camp NaNoWriMo). It's  more like a gigantic, 107k word detailed outline than a cohesive story. I actually kind of like thinking of it that way. It has absolutely no obligation to be a decent novel until it has achieved First Draft status.

It won't be seeing First Draft status for awhile. It's time to put it away, let it stew in the back of my mind while I focus on my next big noveling project.

Because, yes: I finished this NaNo novel just in time to start my next one.

Hopefully by the end of this year I will have two Zero Draft novels that I can work on cleaning up in 2012, in addition to my Sally Prescott short. This year was my year to create, and next year will be my year to edit.

Although don't get me wrong: I still plan on writing. I'm still working on my five year plan, so I'm not sure yet what my writing goals will be for next year. But I'll let you know. I figure when I'm making New Years Resolutions for next year will be a good time to plot all of that out.

That being said: I have absolutely no plot in mind for next month. I have a world and a couple of characters floating around, but I'm not even convinced I want to use them yet. There are five days and eight hours until NaNoWriMo begins. Looks like I'm flying by the seat of my pants this year, because the last thing I want to do for the next five days is think about writing at all.

I need a vacation. I've been living, breathing, dreaming, and writing Monsters of Lawrence for the last three months now. My brain might explode if I don't take a break.

But I did it! I finished it before November 1st! I am pretty awesome.
Posted by Prospective Writer at 3:32 PM