Events that Changed my Writing 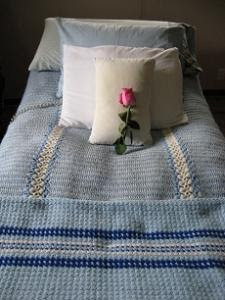 And now for something completely different. I need to step back from my current project, so we're going to look at the bigger picture for this post.

I've talked a little bit before about how I use life experiences in my writing, anything from everyday life to childhood memories. That being said, I think all writers have certain significant life events that can change their writing drastically. I've had a few of those myself, but one of them stands out the most.

As many of you probably are already aware, my mom passed away a year ago in August. Obviously something like that is incredibly life-changing in general, but it still surprises me how much it affected, and even continues to affect, my writing.

Journaling has always been a form of therapy for me, but in the months that followed Mom's death, I didn't write at all. Even the memorial speech I gave was written in large part before she passed. When I lost her, I lost my passion for everything. I couldn't even read. I worried for a long time what that might mean. Was I truly changed so much that I would never be a reader or a writer again?

I think part of the reason I avoided writing was because there were so many raw thoughts and feelings that I needed to sort through, and I just wasn't ready to face looking inward at that point. Even in my fiction, I draw heavily from my own life experiences, and I was terrified of what would come out if I touched pen to paper at all.

I eventually did write again. It wasn't fiction. It was a brutal account of the last few months of Mom's life, and the void that followed. Almost sixty-thousand words, that ended up being. Once it was finished, I buried it. I haven't opened the file since. It may stay buried forever. It's the little locked box where my memories of the ordeal are safely stored, so I can put them out of my mind without the guilt of feeling like I'm forgetting Mom.

And eventually I did write fiction again. It's different, though. The tone isn't as light hearted as it use to be. It's the dark humor that so many of my favorite writers are good at. I always wondered how they did it. Now I understand. I'm not afraid to be morbid and cynical. I use to gloss over or shy away from those hard scenes, but now I face them head on.

Because it taught me to write from intense emotion. I journaled extensively when caring for Mom, and it was brutally honest; it was raw, it was ugly, and it was heartbreaking. But that made it beautiful. I now blatantly scavenge memories of those emotions and infuse them into my characters.

Whether all of this makes me a better writer, or just a different writer, I don't know. All I can say is that the experience cut me deeply, and filled in with a wealth of emotions and knowledge. So I now have a rich pool to pull from when I write.

What major events have influenced your writing?
Posted by Prospective Writer at 2:41 PM